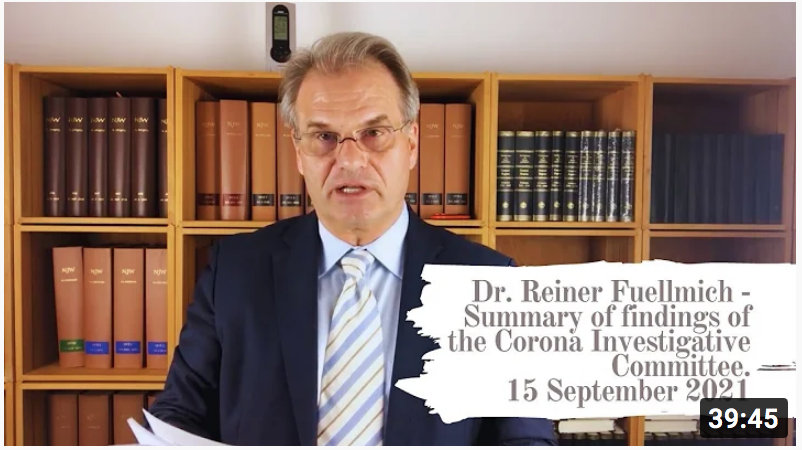 This is a re-post of an important video. Dr. Reiner Fuellmich, an experienced trial lawyer licensed in Germany and California (USA) and co-founder of the ➥ Corona Investigative Committee, summarises the Committee’s findings to date and reviews the current status.

“If I had been told this a year ago, I would not have considered it to be possible. Now, after questioning hundreds of experts, it is clear beyond doubt and provable: at no time was it about health.”

Dr. Reiner Fuellmich was born and raised in Bremen. He attended school in Bremen and Farmington Hills, Michigan. He completed his law studies at the Georg-August University in Göttingen and in Los Angeles.

Among other things, he worked as a research assistant at the law faculty of the Georg-August University in Göttingen, where he did his doctorate. Before he started the law firm Dr. Fuellmich, he worked in Deutsche Bank’s corporate banking in Germany and Japan.

Dr. Fuellmich has published various articles and books in the fields of banking law, medical law and international private law and has taught as a professor and lecturer at universities in Germany and Estonia. 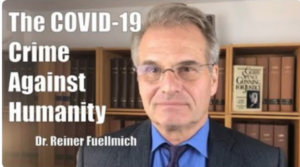 The hearings of, among others, hundreds of scientists, doctors, economists and lawyers of international repute conducted since October 7, 2020 by the Berlin Commission of Inquiry into the Covid-19 affair have now demonstrated with a probability approaching 100% certainty that the Covid-19 scandal was never a health issue – Dr. Fuëlmich on February 15, 2020

Court sessions can be found here

“Rather, it was a matter of strengthening power, illegally obtained by criminal methods of the corrupt ‘Davos clique’, by transferring the wealth of the people to the members of Davos on the backs of small, and especially medium-sized businesses, among others.”

The committee’s conclusion is that Covid-19 is being used as a diversionary tactic by business and political “elites” with the goal of shifting market shares and wealth from small and medium-sized businesses to global platforms such as Amazon, Google, Uber, and other big tech and multinational corporations. 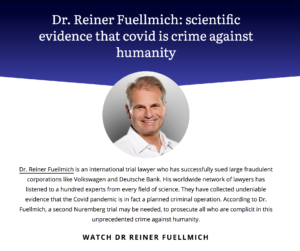 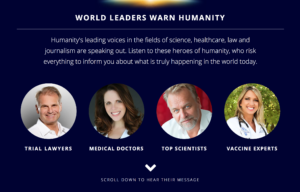 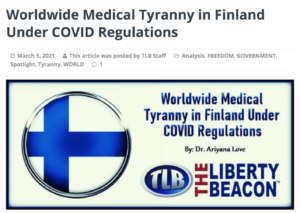 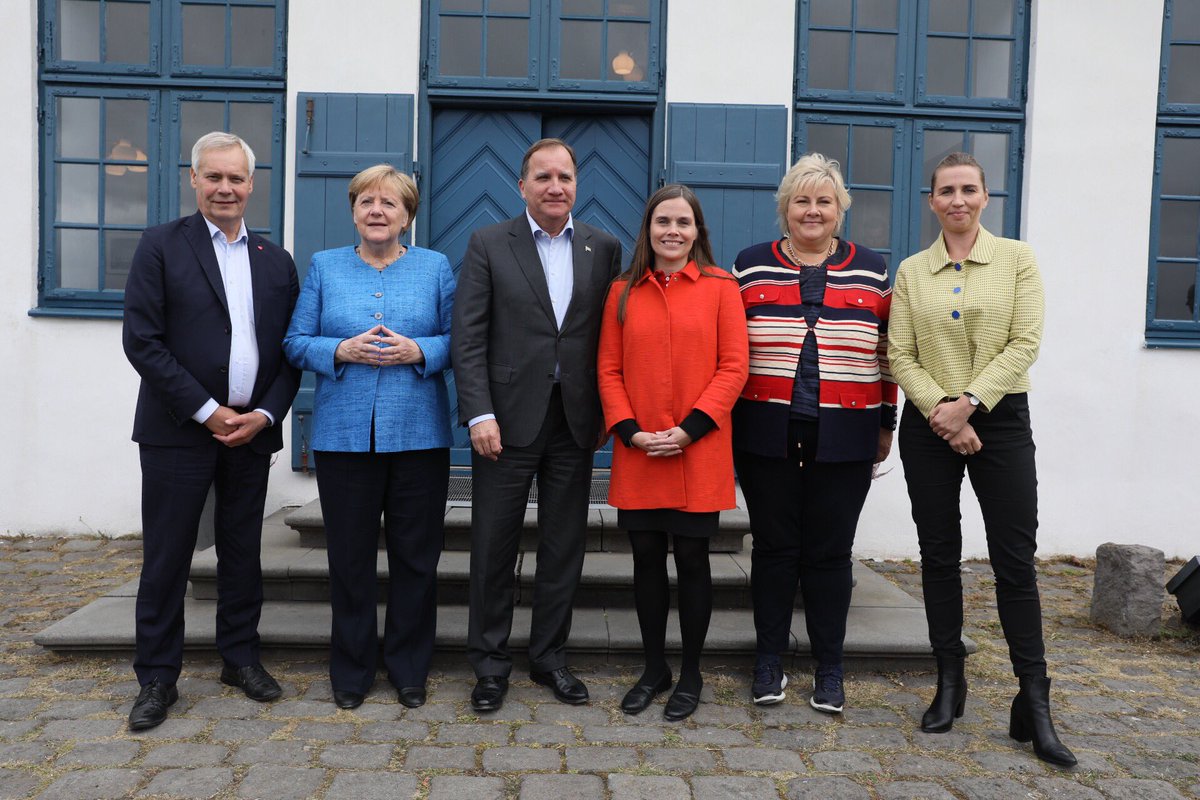 The current Prime Ministers of Sweden, Denmark, Norway, and Iceland are also on trial for bringing genocide to Scandinavia. A slew of other government and UN leaders worldwide are also facing genocide charges at the I.T.N.J. international tribunal and the greatest Nuremberg of all time is on its way. 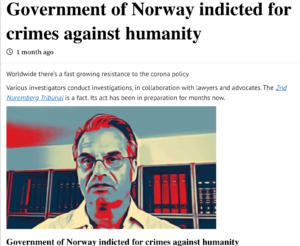 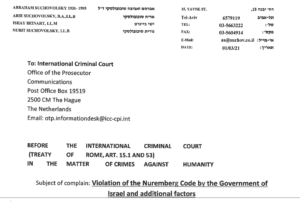 Violation of Nuremberg code by government of Israel and other parties

On March 5, it was announced that the “People of Truth” organization filed a complaint with the Hague Tribunal against the Israeli government for conducting illegal experiments on Israeli citizens through Pfizer.

The organization includes lawyers, doctors, public activists and the general public who have chosen to exercise their democratic right. They do not want to receive experimental medical treatment (Corona vaccine) and they feel that they are under great and serious illegal pressure by (part) of the Israeli government, the media, parliamentarians and ministers, high public representatives, mayors, and others.

Last week, lawyers Ruth Makhacholovsky and Aryeh Suchowolski also filed an appeal with the Hague Tribunal for violations of the Nuremberg Code by the Israeli government and others mentioned in the previous paragraph.

Lawyer Ruth Makhchowolski told Israel News on March 5 that “at the same time, the appeal will also be submitted to the Nuremberg Tribunal together with German lawyer Reiner Fuellmich.”

The wait for the ICC (International Criminal Court) to accept the complaint was short lived.

Yesterday it was announced via Israel News that the complaint was accepted.

This is a summary of the global deception being challenged. A January 27 hearing on paper full of distorted truths:
https://pace.coe.int/en/files/29004/html 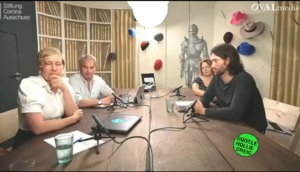 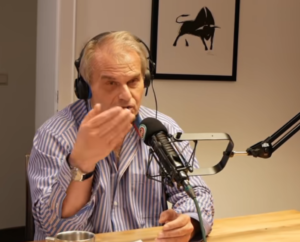 Reiner did a lot of big cases against big corrupt companies like Volkswagen, Deutsche Bank and Kuehne Nagel. Since the Corona narrative has been pushed, he and his colleagues also do a lot of international cases against governments worldwide for taking ‘measures’ against the spread of a so-called virus. We sat down in his office in Germany to talk about what he is up to at the moment, about the theory that the ‘virus’ escaped a lab, about the so called vaccines, about who is behind all this, what we can do to create a better future and way more. 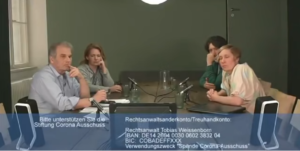 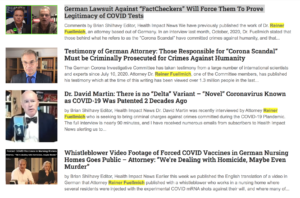 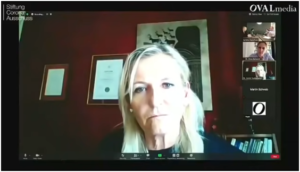 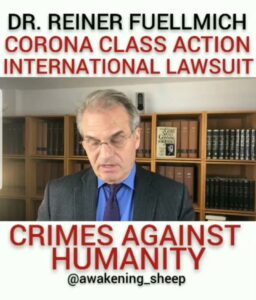 Since mid-July 2020, the Corona Committee has been conducting live, multi-hour sessions to investigate why federal and state governments imposed unprecedented restrictions as part of the Coronavirus response and what the consequences have been and still are for people.

Learn more about the committee: https://corona-ausschuss.de

With your donation you make our work possible.

Unfortunately, we cannot issue donation receipts at this time. 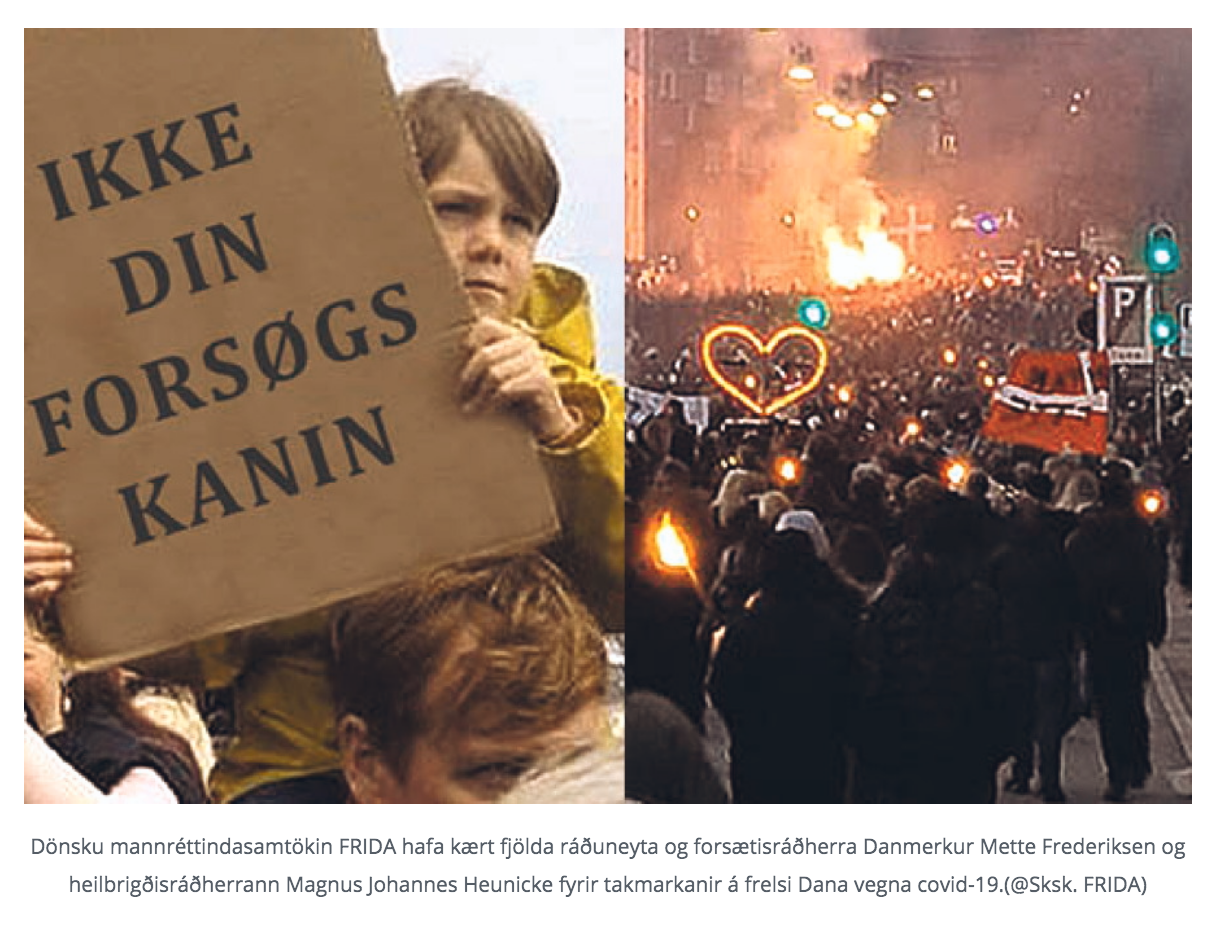